Dell outlet has been one of the biggest success stories amongst big companies using social media. For those unaware, @DellOutlet is a Twitter account owned by Dell that tweets out major discounts for Dell computers and products. All of the deals on @DellOutlet are Twitter-exclusive.

It has gained quite a following (15lac+ followers) and sold a lot of computers – at the end of last year, they surpassed $1 million in revenue, after about a year and a half’s worth of tweeting.

Well throw those numbers out the window, because Twitter’s phenomenal growth and Dell’s social savvy have pushed sales from Dell Outlet to over $2 million, in 1/3 the time needed to pass the first milestone. And @DellOutlet is still on the rapid rise.

It took nearly two years to reach $2 million in Twitter-based revenue, and only six months to go from $1 million to $2 million.

@DellOutlet still is fundamental proof that Twitter can be a lucrative platform for companies big and small. It’s a win-win for both the consumer (who get a great deal) and the company (who makes more money). 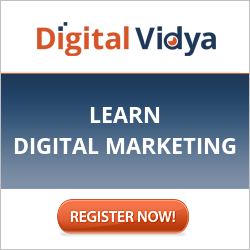